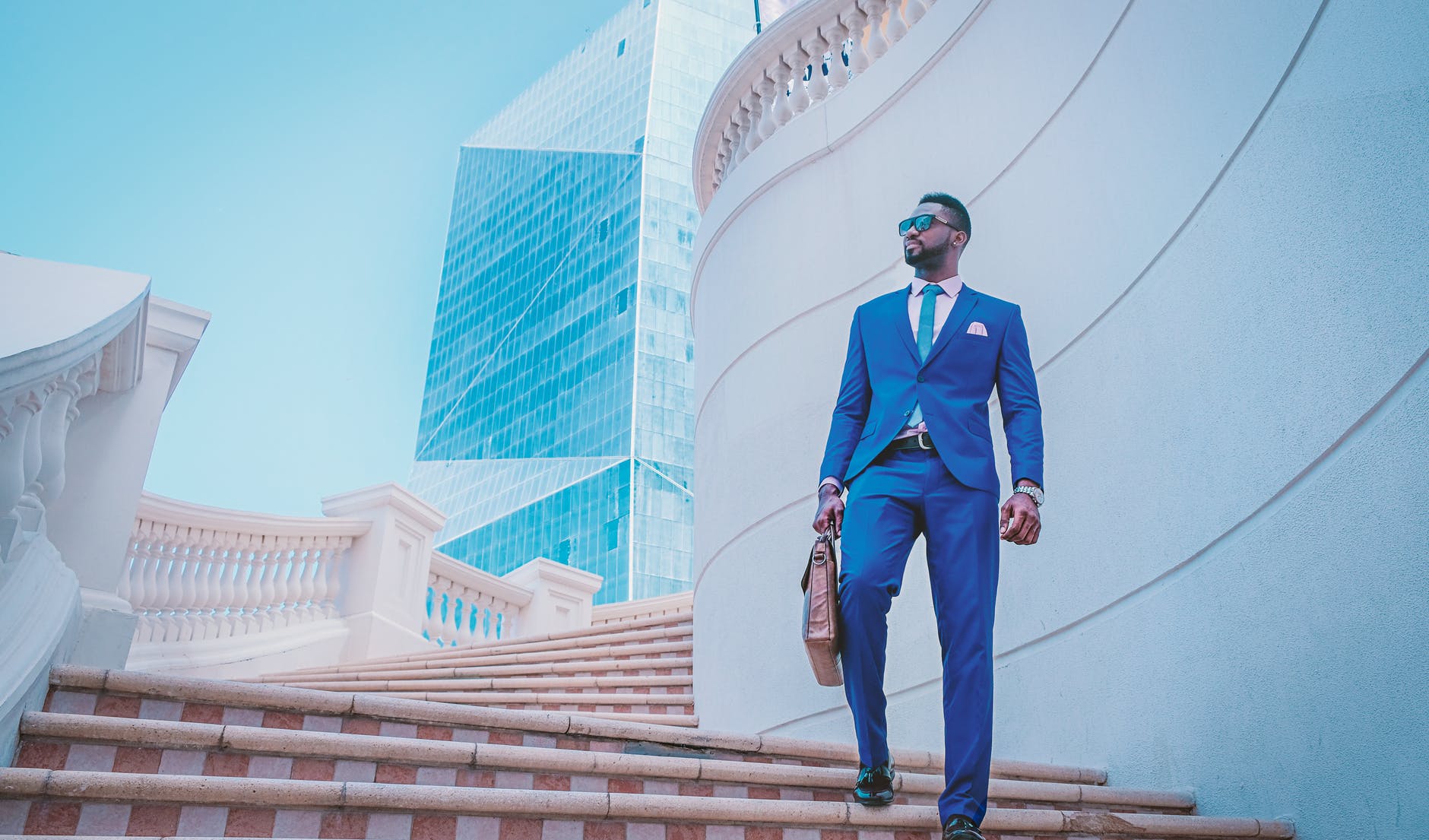 Photo by The Lazy Artist Gallery on Pexels.com

Short Motivational Stories in English with Moral Values may help you to find unanswered questions of your life and help you to grow. We all have some goals to achieve, we work for them but somehow we start doubting ourselves, start blaming circumstances and sometimes it becomes really difficult to come out of it.

During such situations, we need someone or something that would change our mindset and motivate us to work towards our goal and live a stress-free life. Here are some Short Motivational Stories in English

In that big program, apart from the Painters, people from the media were also sitting, along with a large audience. Because the prize was so big, everyone was eager to know who would win. There were many questions in everyone’s mind “How will that painting be!!” “Which painter will get such a big reward!!” All the selected paintings were well decorated.

At last, the time had come, the judges selected a painting and placed it in a good place. The eagerness of all the people, painters, and media people was increasing time by time.

As soon as the curtain was removed, everyone was surprised because that painting which was a winner was not depicting the peace so much. Everyone felt that maybe the organizer or the judges had made a mistake, and many of the Painters together went to that organizer and asked him, “Is this a mistake !! By mistake, you put the wrong painting on it” The host of the program smiled and said, “No, this painting is absolutely fine and it’s the winner of this contest, the judge liked it and this painting will be rewarded today.” All the painters got angry hearing this answer and started shouting at that owner. Seeing this, the media people went to the organizer and everyone started asking different questions.

Again the organizer smiled and said, “Before you tell me anything, look at this painting carefully, look a little closer, maybe you can see something that is not visible from far!! Because all of you have seen one thing, there are storms in this painting, there are storms, there is some destruction, there is lightning in the sky, there are dark clouds, you have seen all this but did not notice something. There is also a house in this painting, there is a small window in that house where a man is standing, go carefully and see the man who is standing and the way he is looking outside, there is no fear on his face but a smile, a pause, a calmness, and that’s the real meaning of peace.”

At the same time, the owner elaborated and said, “Real peace is what we feel, it is necessary to be calm from inside, it is necessary to have a calm mind. Because the one whose mind is not calm, no matter how beautiful you go and make him sit, he will still remain unhappy. Even if everything around him is getting ruined, but he will remain completely calm from inside and this is the real meaning of peace.

Moral Of The Story: By the pleasures and pleasures of the outer world, only the body gets peace, in fact, a person attains inner peace and then remains blissful always.

Once upon a time, a man lived in a small village, there was a mountain near his house. Where he used to go for serenity every morning. He would sit on that mountain for a while and come back. Like every day which was going in the morning. A little son came from behind and held his hand and said, “I will also go with you.” The man explained to his son a little, forbade “The road is too short and the climb is too much, you will not be able to walk with me, then the son insisted.” So the father agreed.” Both of them started to walk towards the mountain. The father held his son’s hand. They were going through the middle of the mountain and the ditch towards the top of the mountain.

Then a big stone came in the way. The child’s father was aware of this road, so he left through the side. But the child’s attention was elsewhere, and so his foot hit the stone. A scream came out of the child’s mouth. As soon as he screamed, his voice started reverberating in those mountains, before this the child had never heard the echo of his voice. Hearing the voice, he panicked a bit, he did not know what was happening. He felt that maybe there is someone who is making fun of him. The child said, “Who are you?”

After hearing the echo again, the child got angry. Then he said angrily I will not leave you. Then as soon as he heard the echo, he was shocked. He grabbed his father’s hand tightly and asked, “Who are they? Who’s bothering me so much!” His father smiled slightly and looking at the ditch said loudly “I love you so much”

The child was surprised to hear this, he did not understand that the one who is making fun of me is telling his father that I love you. His father looked at his son and he understood what was going on in his mind. Then again saying “You are very good” hearing this, the child smiled and asked his father “what is happening” then his father explained to his son, “This voice that you are hearing is not someone else’s, But you have a voice that is echoing in the mountains and you are hearing your own voice.” If you say with anger, you will get angry and if you speak with love, you will hear it with love.

Exactly this happens in your life as well, as you think about this life in your mind, this life becomes exactly the same for you. If you keep telling yourself in your mind that your life is bad, then it will become really bad. If you love your life then your life will love you too This thing went back to the mountain in that child’s mind, but the matter was going on in the child’s mind. Then the child laughed a lot, opened both his hands, and said with full force “I love you so much”

Moral Of The Story: Learn to love yourself to make everything right in life, life will get better by itself.

Once upon a time, a very big leader went to the small hermitage of a monk. Because he had heard a lot about that monk. He felt a desire to meet the monk and it came to his mind that I would go and see why people praise him so much, so when he went to meet him, there was a small room there. There was a carpet, some people were sitting down there, and the monk was sitting in front.

There were some questions and answers going on as soon as he went inside, he was not alone, he was accompanied by four bodyguards. Whenever he used to meet someone, people used to stand from their place, look at him, fold their hands, bow their heads but nothing like this happened here. The monk did not even look at him because he was answering someone’s question. But the leader thought it to be disrespectful and got angered. The leader stopped the monk in the middle and said in anger “I want to tell you something” The monk looked at him and said, “Wait for a while, I will answer their question first, after that, I will talk to you. Till then you can sit if you want”.

Hearing the answer of the monk, the leader’s face turned red with anger, then he vented all his anger on that monk. Now that leader lost the honor of a sadhu and started calling him. The leader said to the monk, “You even know who I am! And who are you talking to?

The sage looked at him and said I don’t care who you are but whoever you are, if you want me to answer your questions, or talk to you, you have to wait for a while. As the monk finished saying this, the leader went mad with anger and started screaming in front of everyone, “now I will show you your status, You didn’t do well by screwing me. You know what I think about you”. The sage again looked at him and said, I don’t care what you think of me, you can think of me whatever you want.

Whether you want to listen to me or not, but I will tell you, you are a very bad person. You are not a monk, you are a hypocrite. And all the people sitting here, you are making fool of them. You have only one purpose, you have all the money in the pockets of these people, but today they are using these people for your own benefits. And now I will not leave you, I will lift your veil in front of these people. But even after the leader spoke so much, a slight smile remained on the face of that monk.

The leader said, “now it’s too much, I am not going to stop even for 1 minute, but still, you have a chance if you want to apologize to me or have something to say to me, then you can say it”. Even after all this, the monk was completely calm. There was a smile on his face. He folded his hands and said that I do not have any grievance against you, I do not have any wrong thoughts for you, whatever you said about me was your thinking, I do not see any evil in you. I think you are a very nice person. And as soon as the monk said this, Leader’s mind reached the seventh heaven.

There was strange happiness on his face. That monk said the same thing that everyone else said to that leader. He happily left the ashram towards his home. The leader explained the whole thing to his father in detail.

After listening to the whole thing, his father smiled and looking at his son said that he did not praise you because he said what he is himself and whatever you told him, you are that. The same thing has been said in the Vedas as well, “Yatha Drishti and Tatha Srishti.” This world does not appear to you as it is, this world is to you as you are yourself. So if you want to change your world, the only way is to change your mindset.

Moral Of The Story: If the attitude of looking at the world is right, then everything automatically becomes perfect.

I got to know about these short motivational stories in English on youtube. It has been really beautifully written and I am sure it will inspire and motivate you. Best thing we could do to a society is to spread positivity and hope to people who are going through hard times and stories are one such medium through which we can do so. Share this post and spread positivity.

Long Story in English with Moral – Unconditional Love: The Nature Of Life

Small Story in English with Moral – A Day Without You